UP’s big news: 3 children jumped from a hill in Sonbhadra, were upset due to stepmother’s harassment

In Sonbhadra, three children committed suicide by jumping off the hill after being fed up with their stepmother. It is alleged that the stepmother used to beat and beat the three children. The children were getting very upset because of this. Because of which the children have taken this step. Several officers including the SP are present at the spot. The bodies of all three have been recovered by the police.

In Soma village of Panaura outpost of Manchi police station area of ​​Sonbhadra, a young woman, along with a younger brother and sister jumped into the buffalo cave and committed suicide. Amresh Oraon, a resident of Soma, had remarried after the death of his first wife. The man had three children by his first wife. The elder daughter Krishna (18), was followed by son Chandan (4) and daughter Ujala (2.5 years).

A massive fire broke out in the body care salon of Hajarganj in Lucknow late on Thursday evening. Due to the fire, goods worth lakhs kept in the saloon were burnt to ashes. The flames in the complex are continuously rising towards Modi Care Salon. Four vehicles of fire brigade arrived after getting information and are trying to douse the fire. However, no casualties have been reported in the incident. The incident is from the complex of Gyan Ganga Market near Ajay Jain Halwasia.

Complaint filed against the director of the film ‘Thank God’ in Varanasi, the youth said – will not tolerate the insult of Chitragupta 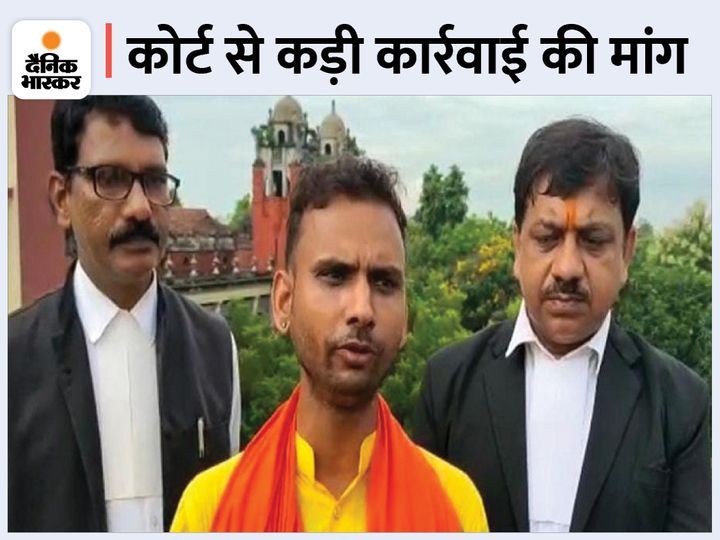 Bollywood actors Ajay Devgan and Siddharth Malhotra’s upcoming film ‘Thank God’ has been mired in controversies even before its release. On Thursday, Gopalji Tripathi, a resident of Ghughrani Gali Hauz Katora of Dashashwamedh area, filed a complaint in the court of CJM, Varanasi. According to Gopalji, he has seen the promo of the film.

Such a derogatory portrayal of Lord Chitragupta, the psychic son of Lord Brahma, has been done in the film that the faith of us Sanatan Hindu religions has been severely hurt. We cannot tolerate insult to Lord Chitragupta. Therefore, along with the actors of the film Ajay Devgan and Siddharth Malhotra, along with the director, producer and T-Series company, a case should be ordered to be filed. Read full news.

Husband commits suicide in Kanpur, FIR on 4 including wife; Love marriage was done 8 years ago 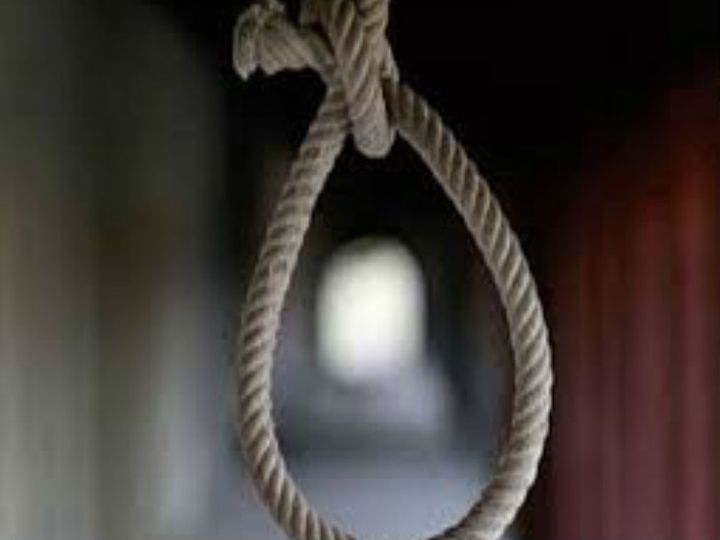 Due to domestic dispute, Amit lived with his wife for a few months by taking a separate rented room. Malti Devi alleges that her daughter-in-law Shivani had gone to her maternal home a few days ago after quarreling with her son.

After this, on September 6, after quarreling, the daughter-in-law called her father Ravindra Sharma, mother-in-law Kiran Sharma, brother-in-law Deepu Sharma and beat her up. Because of this, Amit committed suicide by hanging himself on 7 September. On Thursday, on the complaint of the mother of the deceased Amit, an FIR has been started against the wife and mother-in-law, father-in-law and brother-in-law under the section of abetment to suicide. 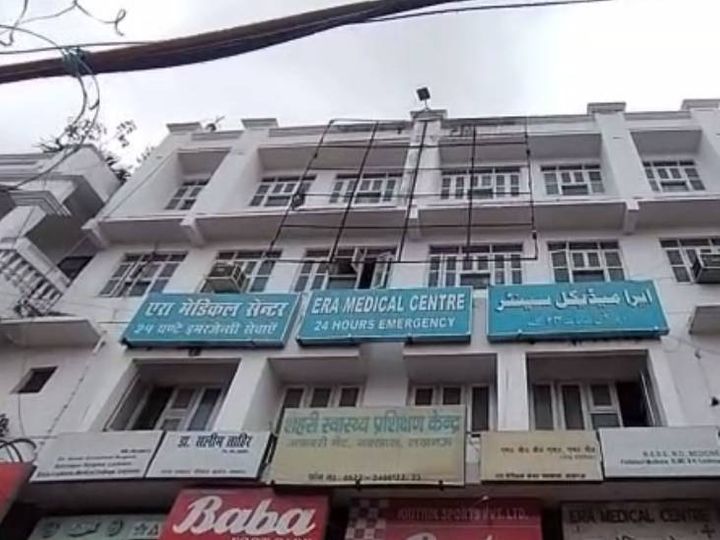 Era Medical Center in Thana Chowk area of ​​Lucknow has been sealed. This action has been taken in the case of house tax arrears. On the orders of the Municipal Commissioner, the Municipal Corporation team has pasted the notice outside the center after sealing it. The entire staff is also present inside the Seal Hospital. 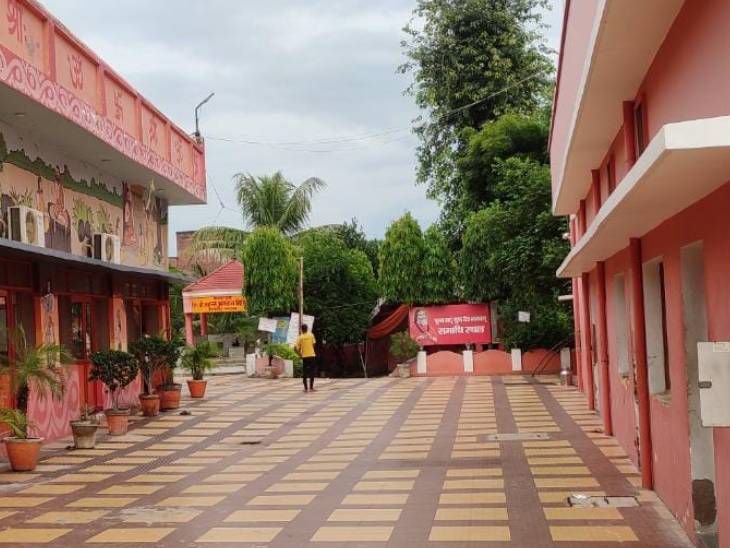 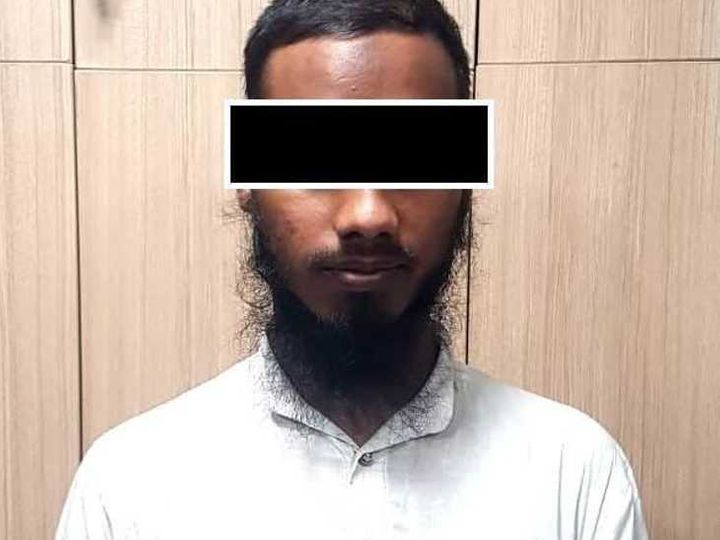 Kolkata Police and ATS have arrested a terrorist from Saharanpur. The terrorist is said to have links with al-Qaeda. The suspect’s name is Haasnath Shaikh. He hails from Malda, Bangladesh. The police arrested the accused on September 11 from the Thana Mandi area of ​​Saharanpur.

Another terrorist named Faizal Ahmed alias Shahid Majumdar was arrested by Kolkata Police. Arrested from Saharanpur in UP with his input. He is a resident of Bangladesh. According to police sources, information about Haasnath Sheikh was received during the interrogation of this Shahid. Police believe that the two were busy recruiting new members for al-Qaeda. Both the terrorists were trying to create a big organization.

The ATS had arrested two terrorists last month by conducting a search operation under the rule of Barasat. Later the police came to know that both of them are linked to Al Qaeda. One of them was a resident of Dakshin Dinajpur and the other Arambagh in Hooghly district. Not only the government but two people from Diamond Harbor in South 24 Parganas district were also arrested a few weeks ago on suspicion of being associated with the same organisation. One of them was caught from Mumbai, the other from Diamond Harbour. One’s name is Samir Hussein and the other is Saddam Hussein.

The police have traced the terrorists associated with this AQIS from different parts of the country. However, the concern of the police administration is increasing due to the association of names of terrorist organizations with many residents of Bengal. Saharanpur Police is not aware about this.

Meerut- Wife got husband murdered, wife hired shooter along with brother for 1.5 lakhs 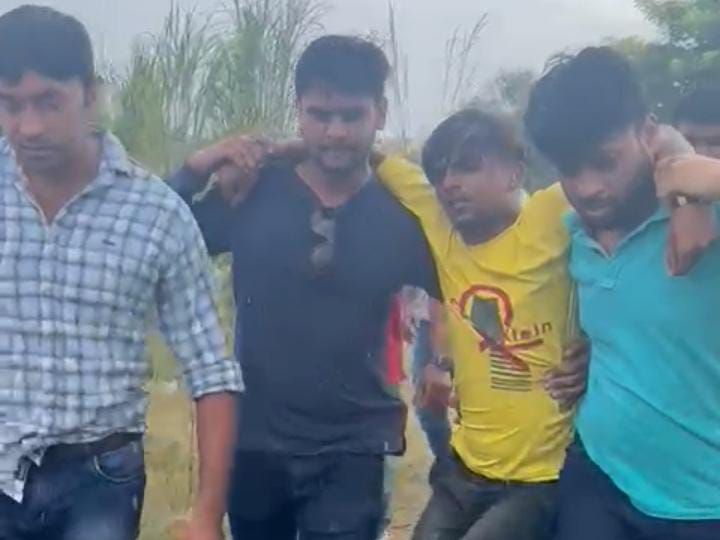 In Meerut on Wednesday afternoon, two bike-borne assailants shot dead Pradeep Sharma standing outside the house. Police arrested the shooter Sameer after the encounter, revealing the murder within 24 hours. The police have taken the injured to the district hospital.

On the information of the encounter, SP City Piyush Kumar Singh also reached the spot. SP City told that wife Neetu Sharma along with her brother got her husband Pradeep murdered. Police are looking for the second shooter.

SP City Piyush Kumar Singh said that on Thursday, while going on a robbery bike, two miscreants opened fire on the police. In this, a miscreant was injured by police bullets. The injured Sameer resident is a resident of Gesupur police station Bhavanpur.

Car falls into a ditch in Saharanpur, one dead; two are in critical condition 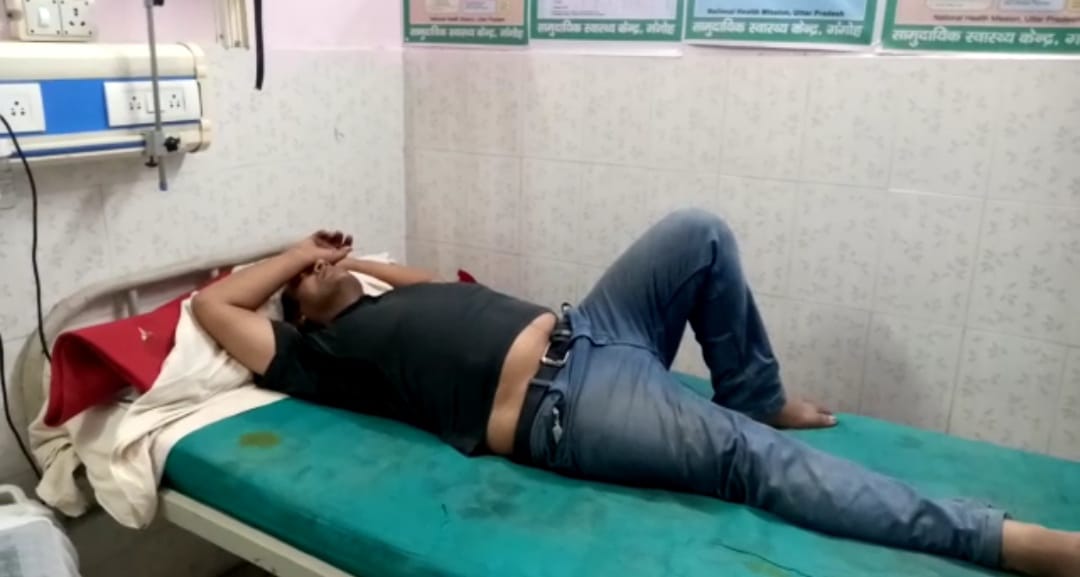 A car coming from Karnal at a high speed fell into a deep gorge near village Kunda Kala in Saharanpur. Two youths in the car were seriously injured while one youth died on the spot. The police reached the spot and took the body in possession and sent it for post-mortem. Late Wednesday night.

Hyderabad resident Bhupendra Sharma son Mahendra Sharma, Orissa resident Sanatan son Rajendra and Ambedkar Nagar Ayodhya resident Avneesh son Rampat were in the car. The speeding car suddenly overturned in a deep gorge. In which Avneesh died. The police took all the injured to the hospital and took the dead body of the deceased youth in possession and sent it for postmortem.

A horrific accident in Sitapur, tractor-trolley collided with a truck; 4 dead 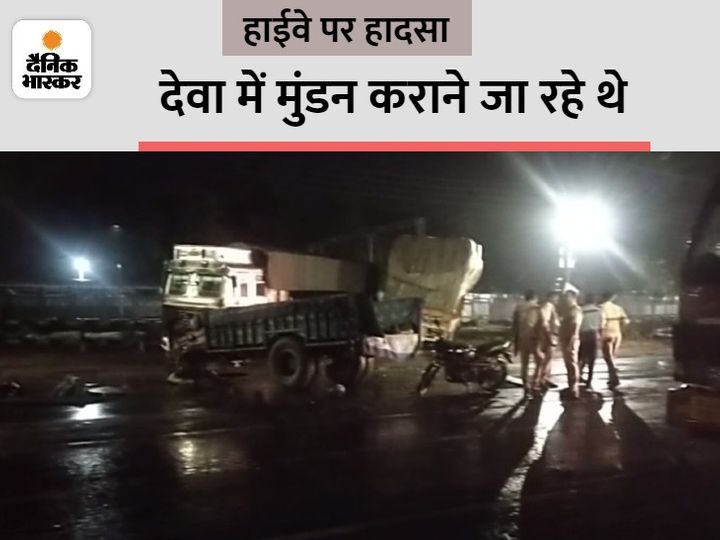 A horrific accident took place in Sitapur on the Delhi-Lucknow highway. Here the tractor-trolley was hit by the truck from behind. The trolley got blown up. Four people on board died on the spot. At the same time, about 30 people were said to be injured. The injured have been referred to Trauma Center in Lucknow.

The accident is of Sidhauli area of ​​Sitapur. It was raining late at night. At around 1.30 pm, the family was going from Rauja in Shahjahanpur to Deva Sharif in Barabanki for shaving. A tractor trolley full of passengers was parked on the side of the road due to rain.

Suddenly the truck coming from behind hit hard. It is being told that there was a delay in reaching the ambulance as well. Till morning, with the help of crane, the truck and trolley have been brought to shore. After identifying the dead, the police is sending information to the family. 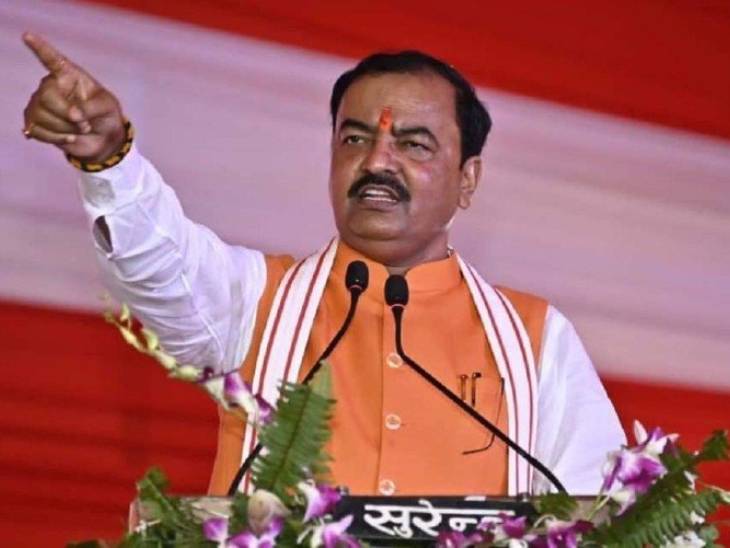 Deputy CM Keshav Prasad Maurya will be on a one-day visit to Ambedkar Nagar on September 15. During this, he will participate in various programs and will hold meetings with party functionaries, workers and entrepreneurs of the district. They will also inspect Amrit Sarovar. BJP District President Dr Mithilesh Tripathi told that Deputy CM Keshav Prasad Maurya will come to the district on September 15 at 1:40 pm. During this, he will hold a meeting with party workers, office bearers and public representatives at the party office. After this, Deputy CM will inspect the newly constructed Amrit Sarovar and Jan Chaupal in Rajepur Dhwa Gram Sabha of Akbarpur block. He will also inspect the Gaushala built in Rukumuddin Pur. After this, the Deputy CM will hold a meeting with the entrepreneurs of the district in the Collectorate and a review meeting with the administrative officers.

The last day of Ayyam Aaja celebrated amidst the mourning of Nauha: The procession of mourning, Amari and Juljanah went on for two and...

Ram and Ravana fought in Kaushambi: They attacked each other by giving a flask, here Ravana burns on Ekadashi, not on Dussehra

City-city Ravan Dahan in UP: Ravana, Meghnad and Kumbhkaran did not burn 70 feet high of ‘treason’, burnt in Lucknow

The last day of Ayyam Aaja celebrated amidst the mourning of Nauha: The procession of mourning, Amari and Juljanah went on for two and...

Ram and Ravana fought in Kaushambi: They attacked each other by giving a flask, here Ravana burns on Ekadashi, not on Dussehra

City-city Ravan Dahan in UP: Ravana, Meghnad and Kumbhkaran did not burn 70 feet high of ‘treason’, burnt in Lucknow

Revealed of Shrikant Yadav murder case in Jhansi: He was keeping an evil eye on his daughter, so he slit his throat after shooting

CAG had objected to the plan: after 14 years, the developers submitted the revised plan of the sports city