Will Congress get Sanjeevani Booti just by changing the face or will the path of the party remain difficult?

New Delhi (Online Desk). The exercise for the new president for the Congress seems to be intensifying now. Rahul Gandhi is not ready to take over the party leadership again. Rajasthan CM Ashok Gehlot has also refused for this. Now looking for a new face. Some names have also come up for this. The name of Priyanka Gandhi has also been raised for the party president. But, one of the biggest questions among all these is will the party get the Sanjeevani Booti just by changing the face. There is such a question which is also important to know because this party, which has been in power for the longest time in the country, is now looking for its political ground.

Sitaram Kesari had brought Sonia Gandhi to the party

It is worth mentioning that Sitaram Kesari had also brought Sonia Gandhi to the party. After assuming the post of party president, Sonia Gandhi gave some strength to the party, due to which the Congress again enjoyed the pleasure of power. But after his health deteriorated, the condition of the party has continued to deteriorate. After the demand of many party leaders, Rahul Gandhi took charge of it, but the party’s misery went on. Neither did the party accept Rahul as its president, nor could he manage to keep the party supporters with him. As a result, the party’s scope narrowed. At present, the party has been confined to only a few states.

In the form of rebellion against the party leadership, the G-23 group has done its rightful job. The list of those leaving the party continues to grow. The exercise to give a new face to the party is going on at a time when its arch rival and ruling party BJP is preparing for the next general elections. In such a situation, how energetic the new president handling the party will be able to make it, it is also under question.

Senior political analyst Qamar Agha believes that the party has lost its political ground. The support base is continuously decreasing and The number of supporters continues to decrease is happening. After the run of Rahul Gandhi from the Amethi Lok Sabha seat in the last general elections, there is a lot of disappointment among the supporters. It has become a home in the minds of the supporters that when Rahul, who considers the big face of the party, can leave the seat in front of Smriti Irani and run away in fear of defeat, who then for whom should he keep the Congress flag.

New President will be close to Gandhi family

According to Agha, in the time of Indira Gandhi party base It was connected with the ground reality and the lower strata. At present, that support base has been lost. In the face of personal interests, party leaders have done the work of digging this gap further by ignoring the supporters. At present, the party has also failed to raise issues of public interest. In the midst of all this, the faces to whom the party will hand over the leadership will be the same person who will be a well-wisher of the Gandhi family. It only means that the party is only trying to change face. Therefore, the remote control of the new leadership will be with the Gandhi family. In such a situation, it will not be easy for the party to rejoin the ground. 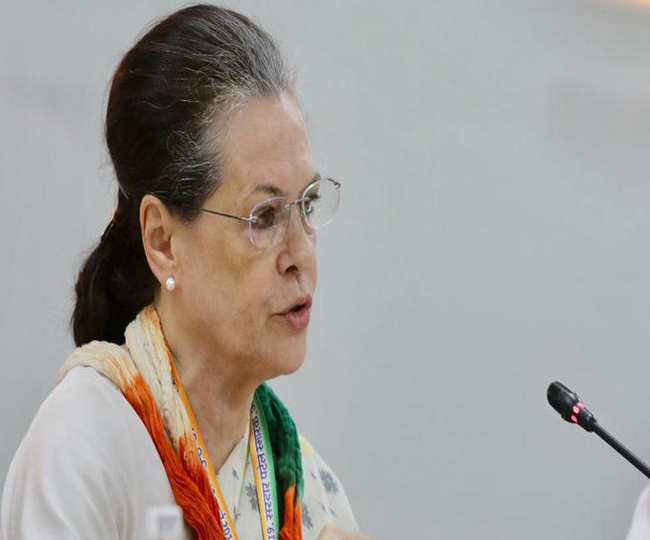 Silence on demands for ground change

The party is constantly ignoring the change that the opposition group within the party had talked about a long time ago. The Congress has been reduced to a single family of only a few people. She is cut off from the common man or her supporters from the lower strata. In such a situation, he will not be able to get any Sanjeevani herb from the new face. The people whose names have come up so far are not those who have come forward after fighting on the ground.

Congress trying to regain its existence, will the old luster come back or will all political stunts be lost, read – Expert View

Rahul Gandhi once again raised questions on the policies of the government, told demonetisation and GST useless experiments

Bharat Jodo Yatra: At the age of 75, Digvijay Singh walks 24 km daily, the picture of sleeping on the ground goes viral

INLD rally on September 25, many veteran opposition faces including Pawar, Thackeray, Nitish will be involved

Rahul Gandhi once again raised questions on the policies of the government, told demonetisation and GST useless experiments

Bharat Jodo Yatra: At the age of 75, Digvijay Singh walks 24 km daily, the picture of sleeping on the ground goes viral

INLD rally on September 25, many veteran opposition faces including Pawar, Thackeray, Nitish will be involved

After Gehlot, Tharoor and Digvijay, this new name came in the race for the post of Congress President, the competition will be interesting