You will be shocked to hear the price of Taylor Swift’s cat, became the world’s third richest pet

EntertainmentHollywoodYou will be shocked to hear the price of Taylor Swift's cat,...
January 13, 2023
Hollywood
- Advertisement -

World’s 3rd Richest Pet Cat Olivia: Hollywood’s popular singer and songwriter Taylor Swift herself remains in the headlines, but this time her cat Olivia (World’s Richest Cat Olivia) has also come into the limelight. The Grammy Award singer’s cat has come at number three in the list of richest pets in the world.

Popular pets are included in a Forbes-style list that is meant only for them. As such, Olivia Benson (a Scottish fold feline) has become one of the wealthiest pets in the Instagram cat star position. According to the website, if singer Taylor Swift is to be believed then the net worth of the cat is around 800 crores.

After Olivia’s position came to the fore, people now want to know about the second (World’s 2nd Richest Pet) and the first animal (World’s 1st Richest Pet) in the list of the richest pets.

According to US based news New York Post, social media influencer Nala Cat (a Siamese and tabby mix) is in second place with an estimated net worth of $100 million.

On the other hand, the number one richest dog is Gunther VI, which is of the German Shepherd breed. This is the richest dog in the world which is worth $500 million.

Read also: Characters of the movie Avatar made from Natural Waste Material; Students’ artwork is getting praise 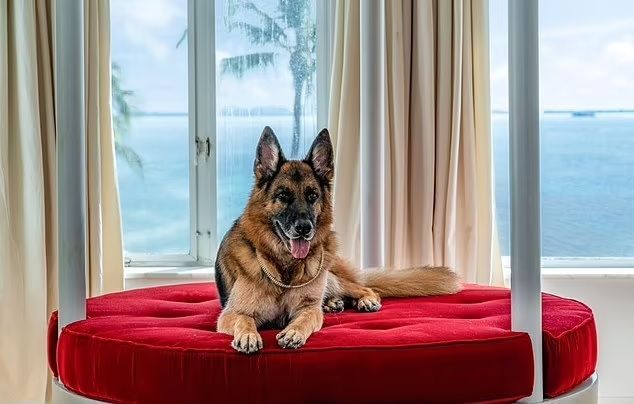 Please tell that Olivia has worked with Singer in many commercials. Singer and his cat have also been seen together in ads. Apart from this, Olivia is very popular on social media and has many fanclubs.

Read also: Viral: This is how the customer celebrated the new year with the delivery boy who went to deliver the food; video winning hearts

What is chat GPT, due to which even Google will be afraid, many people have become fans

Guruwar Upay: Do this remedy with conch shell on Thursday, your bag will be filled with happiness and prosperity

After the cancellation of Justin Bieber’s tour, will there be a concert in India? Promoters said this